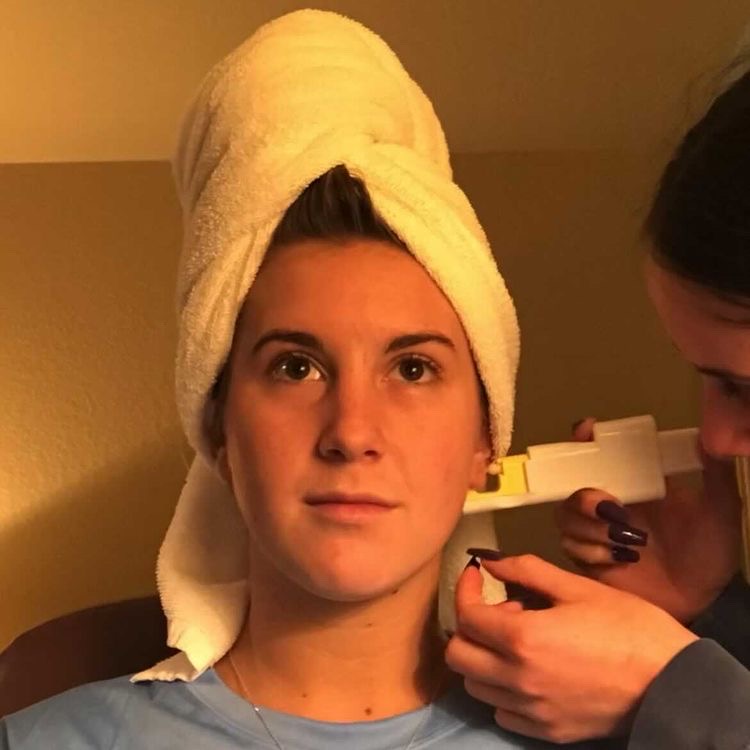 Although the year did not go as planned for the girl’s cross country team and there was less opportunity for team bonding and their usual fun activities, the team still managed to keep the new annual tradition of piercing their ears before their state meet.

Before their state meet last Fall, the girls’ cross country team started the new tradition to ease the stress of state and bring the team together. Senior Gabby Reina started the tradition when her team found out she pierces her own ears. Reina pierced about seven of her teammates’ ears the night before state last year.

“I have an ear-piercing gun, and I told them that I pierced my own ears, and they all wanted to do it so we went to Wal-Mart and bought earrings,” Reina said.

Reina has pierced her ears four times on her own and is comfortable with piercing her friends’ ears as well. Senior Neida Rojo let Reina give her a third ear piercing at their state meet last year.

“It was a really fun experience and something that I’ll always remember,” Rojo said.

According to Rojo, the experience definitely helped with team bonding and brought her and her teammates closer because it was something they all had in common.

“We started this tradition two years ago, just as a fun team bonding thing before state,” Junior Abigail Livingston said.

Livingston let Reina pierce her ears at her past two state meets. According to Livingston, the experience really brought their team closer together.

“What it means to me is being united, it’s something so random that brings all of us together,” Livingston said, “I like to say you’ve got to go throw the pain to see the outcome.”