The tour with the great reputation 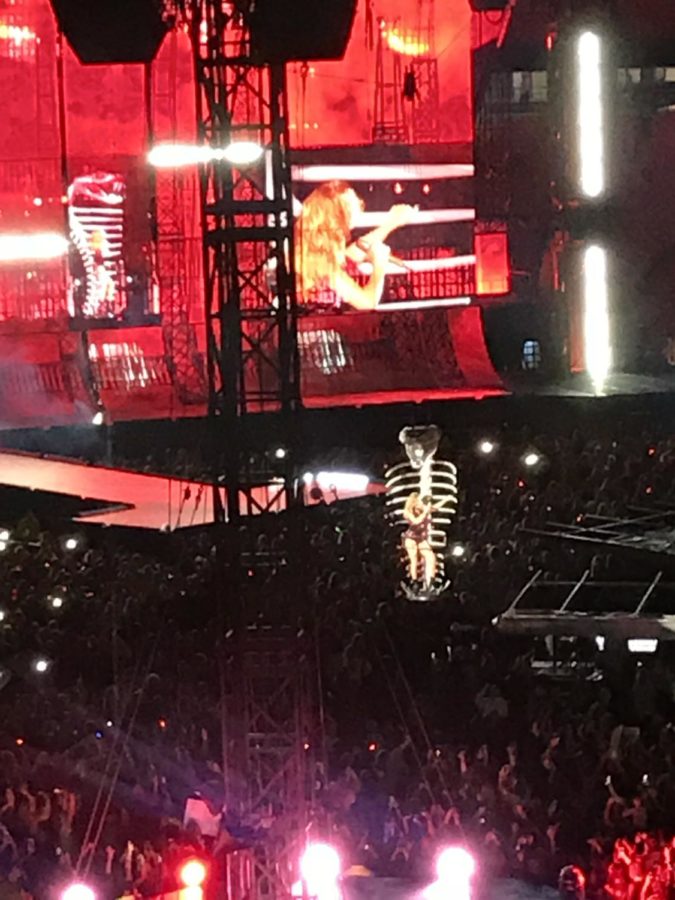 Taylor Swift has a big reputation, which she lived up to. With one lite main beautifly stage, two mini stages, 3 amazing females performers and 58,611 screaming fans, she puts on the show of a lifetime.

Swift’s flawless performance lasted two hours. Her dances went perfectly with the songs along with her iconic hair flip in I Did Something Bad. She kept her show real. At one point someone handed her a tissue because she had a cold.

Something unique she does is hand out bracelets as people walk in and the light up when she walks out. The bracelets changed colors and went with the beat of the music. She claims that since there were a ton of people, so could see the people far away but with the bracelets she could.

Snakes seems to be a running theme. During Look What You Made Me Do a snake “crawled” across the stage. Behind her were big screens and that’s where the snake was. After she was done performing on the mini stages she flow back to the main a skeletal snake wrapped around her.

Taylor Swift breaks the attendance record for arrowhead stadium. That is less than maximum capacity for a home game but definitely the biggest turnout for a concert.

Swift puts on amazing show. This was her first stadium tour it couldn’t have bigger. She left us wanting more with no encore.