Asian students plead for an end to Asian Hate 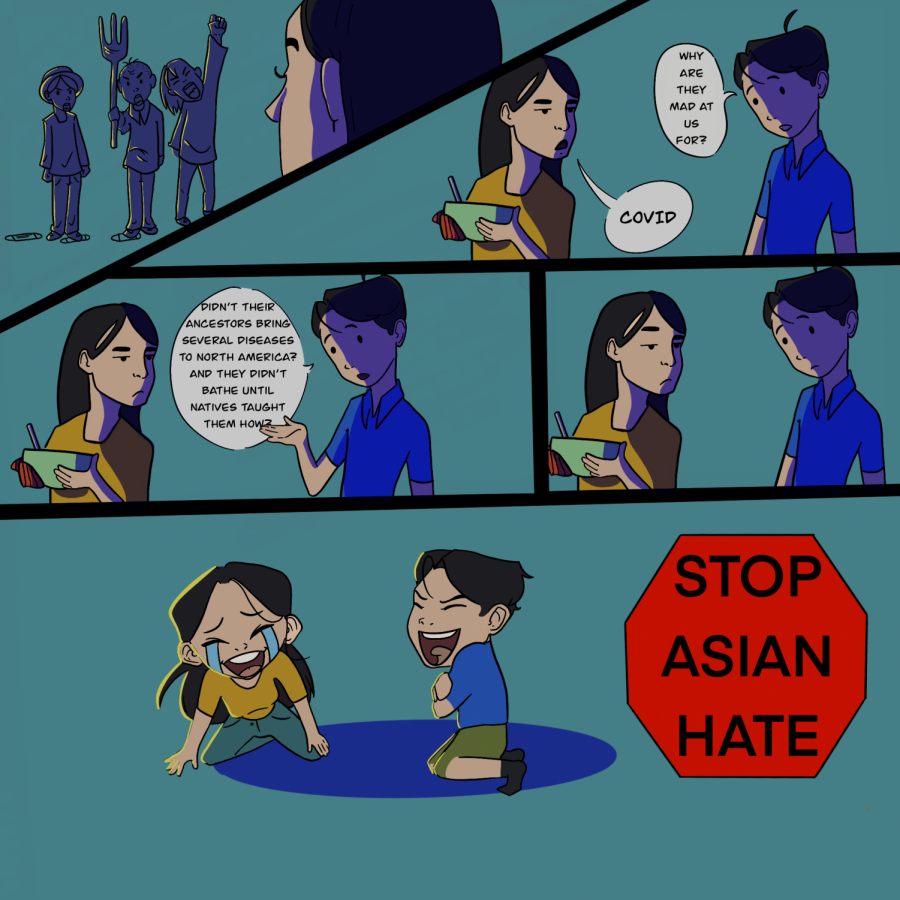 According to the advocacy group, Stop AAPI Hate, there have been more than 3,787 first hand accounts of anti-Asian hate from March 2020 to March 2021 in 47 states and Washington DC. Although discrimination towards Asian Americans is nothing new, there has been a recent rise in this kind of hate and much more awareness towards it.

“To us it’s not something new,” Mandarin teacher, Jingshu Chen said. “We always saw news like that, it’s just recently my local friends started to pay attention to that.”

Chen feels that the amount of hate towards Asian Americans has not necessarily increased, but for the first time, it has gained more attention from the rest of the country.

“Definitely, it’s a good thing,” Chen said. “I have been living in this country for more than 10 years and I always felt like it was just us. It was just Chinese or Asians whenever things like this happened. It was only us who cared about this, but right now I see a lot of my friends standing up and supporting me and encouraging me.”

Sophomore Elina Tran believes that the amount of hate has become more intense because of the COVID-19 pandemic.

“I feel that a lot of people want to find a source to blame someone for it, and they decide to blame Chinese Americans, but in their ignorance they find every Asian person, as a Chinese person,” Tran said. “They decided to blame where COVID-19 originated from, and believe that every Asian person somehow is carrying COVID-19.”

Tran believes this is harmful because it promotes negative stereotypes of Asian people. According to Tran, these stereotypes and acts of hate affect Asian Americans by making them afraid to go outside and carry out everyday activities.

“Asian Americans are very cautious to go outside,” Tran said, “because they fear that they may end up being attacked in the streets, especially with so many Asian American elders getting murdered.”

According to senior Andrew Samountry, he feels that, locally, there has never been much racism directed towards Asian Americans, but he has noticed it becoming more prevalent in the past year.

“It’s kind of weird to have a lot of this hate coming towards my heritage, when it’s kind of uncalled for,” Samountry said. “With COVID going on now it’s more rampant. People are forcing these stereotypes on Chinese people and I’m not even Chinese, so I’m just being generalized into a specific group of Asians.”

Tran has personally experienced this kind of Asian racism in her life.

“I was at the paint section of Walmart and this really old white man came up to me and was like, ‘Go back to your own country ch***,’” Tran said, “That was a racial racial slur. I was alone, and I didn’t know how to feel, so I just carried on shopping because I’ve had that word directed at me before, so I just brushed it off.”

Samountry, however; doesn’t consider himself to ever have experienced anything like this before, other than in elementary school.

“Back in elementary school, there’d be a bunch of jokes going around, but I don’t really take it too seriously,” Samountry said. “Now I realize the bigger implications in that. You can make jokes and stuff but you have to understand the other person’s situation before you do so.”

According to Samountry, one way that people can help combat this racism and hatred is to listen; Tran agrees.

Chen suggests that an increase in diversity would improve these circumstances.

“I think bringing diversity and awareness to the school, or to any working place,” Chen said. “That will help.”

Chen has talked with her students about these issues before, and has included it in her curriculum through showing the movie “Minari”.

“It’s about an Asian family that lives in Arkansas,” Chen said. “Recently it won a Golden Globe award, and it was nominated for the Academy Awards, so right now it’s kind of famous. I think it’s a good opportunity to bring this topic to my class because firstly it’s about Asians, second it’s about Arkansas.”