Marching into a new year 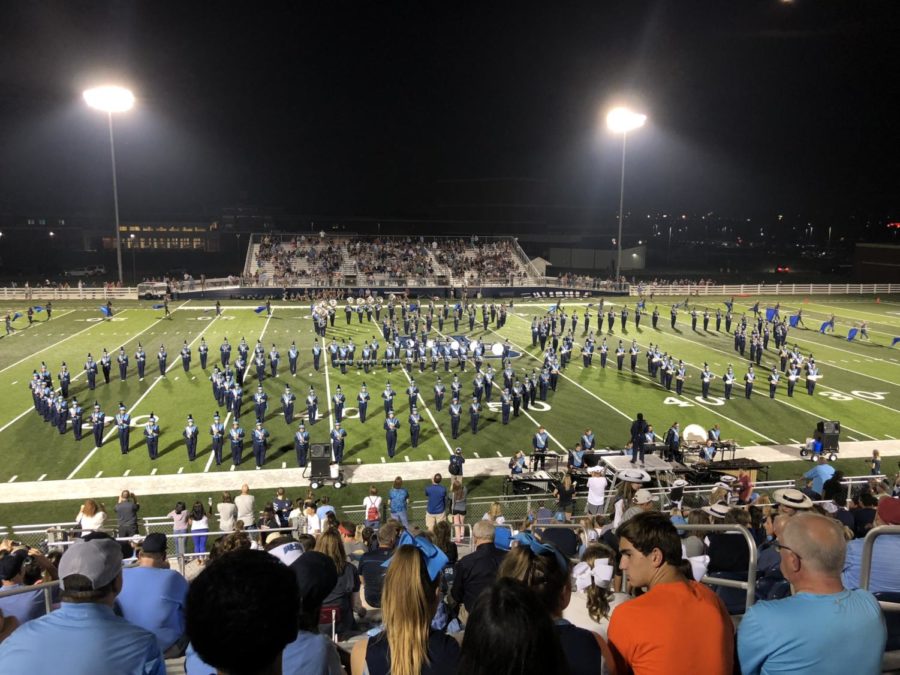 The start of the football season is always marked by the same ritual; it begins with the screams of trumpets and the call of clarinets from the rotunda. Students flee from first period to Wildcat stadium, to the gym shouting cheers towards their football team, celebrating the hard work the team. However, at the same time another team puts in hours of work as well, the Wildcat Marching Band.

This year’s show, Reflections, takes a more modern approach to the musical score than recent years with stronger visuals due or the use of props. The show means to draw in and really engage the the audience with what one student called its “fast and thrilling opener”.

Peyton Lickfelt, senior and section leader of the baritones, described the show as  something no one has ever heard before, and something completely different than years past.

Marching shows differ from year to year and play on the use of different visuals, music, and themes. Within the band different instrument families are featured in each, and a section leader is appointed to guide their sections and be a leader within the band as a whole.

“My job is to watch my section and make sure all marching is in step and to make decisions to help the overall performance,” said junior Mary Katherine Dennis said.

While both commented on work being done for the show, they agreed that the show would not be complete or ready to perform until late October. Both also agreed that the best part of the marching season is playing pep tunes at football games and “getting to go crazy” in the stands.

“The show begins with a fast and thrilling opener,” Lickfelt said. “And transitions into a melodic middle section, while the final piece is very bright, alongside taking a more modern approach with visuals.”

“I think this years show will be really enjoyable to the audience,” Dennis said.