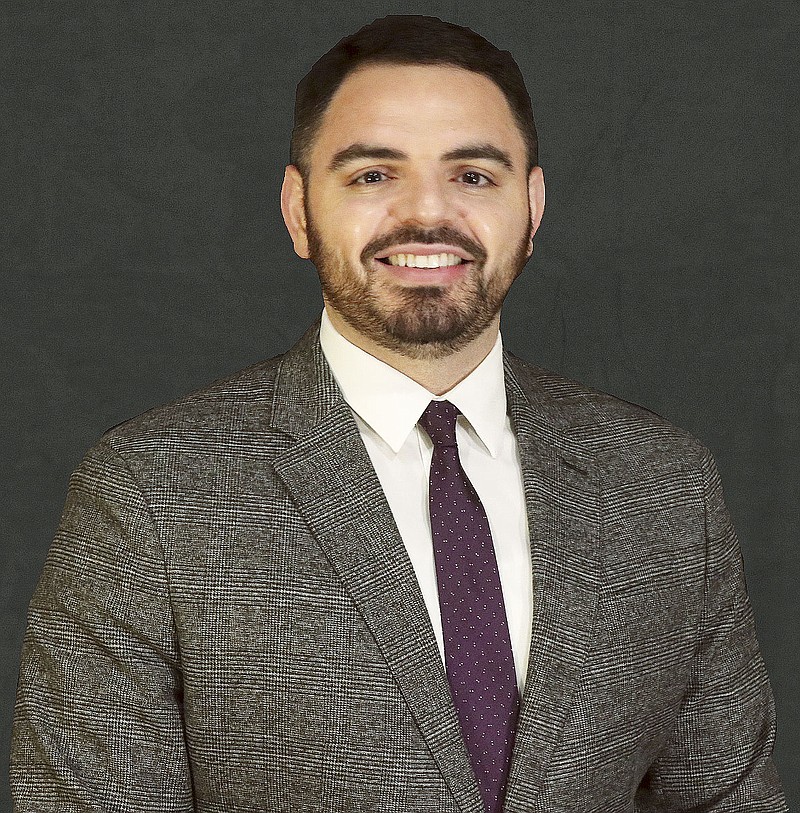 Kevin Flores was elected this year into Springdale’s city council Ward 2, Position 2. Not only is Flores, 32, the youngest member of the city council, but he is the first Latino to be elected into the city’s council, despite the large Hispanic population in Springdale.

“I am honored to be the first Hispanic, the first immigrant elected to city council in Springdale,” Flores said, “but in the year 2020,  I’m disappointed because I should not have been the first.”

Flores did not choose to run based on diversity, but he is willing to take the responsibility of being the first of his background to be elected.

“I’ll take the responsibility and the burden, if any, that comes with this,” Flores said, “but again, I should not have been the first, given the makeup of our town.”

Flores moved from El Salvador to Springdale in 1995 and was raised by a single mother along with his three siblings. He attended Springdale schools from first grade until graduating from Springdale High School in 2006. According to Flores, his success is rooted in the support he received from his community in his childhood.

“When I was growing up my mom was working 14-hour shifts at a local poultry plant,” Flores said. “My best friend’s parents or other family members or just neighbors would take me in and would make sure that I was at school, the library, football practice, wherever I needed to be and so they set me up for success.”

After high school, Flores served in the Marines for six years. He then studied in New York City for a few years before moving back to Northwest Arkansas for law school at the University of Arkansas. Flores credits all of these opportunities to his community who cared for him in his childhood. He gave back to the community through mentor ship programs at Lee Elementary and Springdale High School. His mentor ship program at Lee Elementary was majorly successful and included Flores meeting with five fifth grade boys who lacked a father figure in their lives.

“We would talk about different character traits, different people in society who have accomplished a lot, who have similar backgrounds to each of these individuals growing up,” Flores said, “and we just talked about overcoming difficulties in life in order to be successful.”

According to Flores, a mother of one of these fifth graders kept up with his campaign and was proud to see someone’s son doing what Flores was a part of. She told Flores that her son was watching and admiring him and was so thankful for his help.

“I just wanted to get involved in a different way,” Flores said, “so, city council was an area that I thought I could help out in, and participate in, and really improve our city.”

Although Flores is Springdale’s first Latino city council member and is the youngest member, he did not run for diversity but naturally brings these things to the table.

“I ran on my accomplishments in life, on my experience, and my professional experiences, and I don’t shy away from my roots,” Flores said. “I ran on my experiences as a Marine, my education. My experience in Springdale and just being a product of this town, while giving back and incorporating a future mindset into our decision making.”

The future mindset Flores mentions is referring to the recent annexation of Bethel Heights into Springdale. With this addition to the population, Springdale reaches about 85,000 people, and with the projected growth, Flores believes Springdale can be the first city in Arkansas to hit 100,000 people.

“So, the future mindset and the future outlook aspect of that is assuring that anything that we put down right now, as far as infrastructure, is there to accommodate 100,000 people, as opposed to the 85,000 people that we have now,” Flores said.

In the long run, Flores believes this approach will end up saving money compared to taking action in segments to accommodate the current population. According to Flores, this approach will make the development and infrastructure of Springdale more efficient.

According to Flores, he is successful for two reasons. The first reason being that he continued to show up to everything he was supposed to.

“I really think I’m this average guy in life that has just shown up a lot,” Flores said, “and I’ve continued to show up, you know, in every aspect, I show up, show up to boot camp, show up to football practice at Springdale High School, and I was part of that team. I showed up to boot camp, became a marine and I showed up to college and got a degree in law school and so on.”

The second reason for Flores’ success is keeping in touch with his teachers.

“I’ve kept in touch with my teachers and my principals I’ve had since first grade up until graduation SHS,” Flores said. “A good amount of them are my friends now, which is kind of weird, but I’ve been just keeping in touch with them and letting them know what I was doing what I was up to.”

“I would definitely encourage all Har-Ber High School students to stay in touch with their teachers and the administration when they leave, it’s a lot easier to do that now with Facebook and social media,” Flores said.